A lock from the house of the past 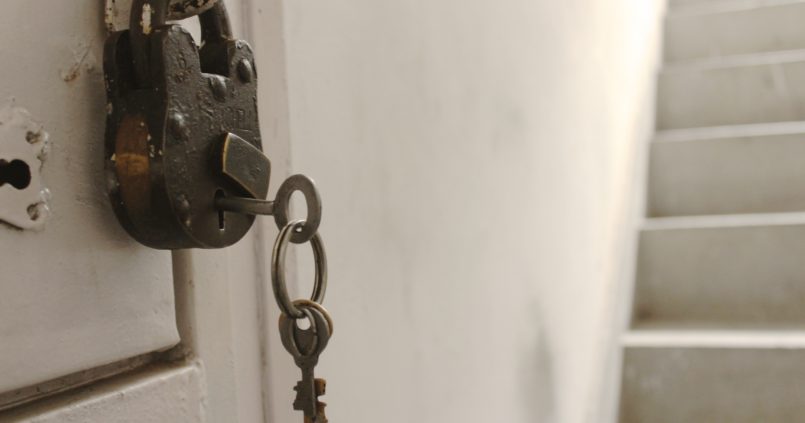 I must admit, it never caught my attention until last year when curiosity took the better of me and I tried to question my maternal grandfather, my nanu, about his life before the Partition. It was only then that he extracted the big lock he used to lock his front door and told me its history. What I had always thought to be just an ordinary old lock turned out to be a treasure in its own right.

My grandfather, Om Prakash Khanna, was born in 1931 in Multan, which is now in Pakistan, into a large family of 12 children. His father, Malik Tikaya Ram Khanna, whom he called Lalaji in their Multani mother-tongue, was a stern man, especially with his children, who’d often run as far as they could upon just hearing of his name or presence. Nanu was 16 years old when the Partition was announced in 1947. The children of the family were sent to India, to Lucknow where their eldest sister was married. Their parents followed soon after and on one of the many trunks that accompanied them, was placed this old lock and key.

If I touch the pair now they feel cool and almost clammy, in a way that metal generally does, and in that, it is also symbolic of the nature of the  hoard of memories it unknowingly had brought along with it, safely tucked away within the old iron trunk. But I remember, as  child I would love to hold onto it in the summers, its cold surface refreshing in the hot months of May and June.  I even thought of it as a prison lock sometimes due to its curious size and shape. It is a heavy lock with four rivets on its front and nine on its back. On closer inspection, one can see something engraved on it too— “6 Layers” written diagonally on the top left, and the number “8” written on the top right. Under it, a phrase whose first word is too illegible to be read now, but the second word clearly says, “Shell”. 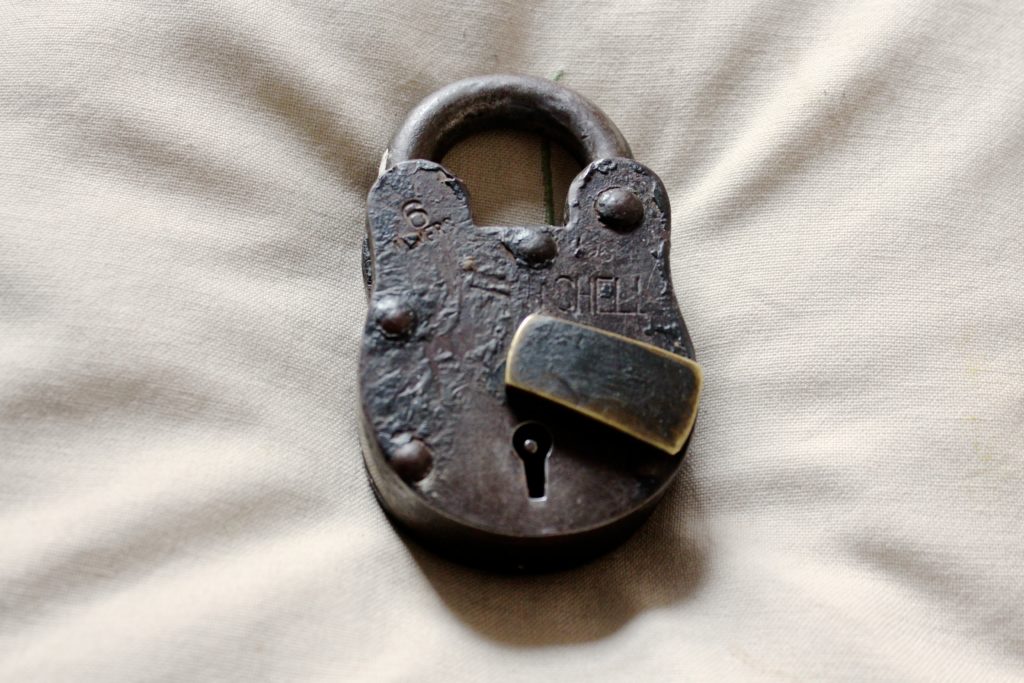 It has a swinging brass keyhole cover, whose contours still glisten in the sunlight. This cover is snug yet swings nicely to cover and uncover the keyhole at the time when it is to be used. Most of the lock’s surface is covered in years of fingerprints and evidences of natural weathering and oxidation, which have given it a somewhat black-ish appearance. In a keychain carrying 4 keys in total, the shortest and the oldest one belongs to this old lock. An old key with a hollow barrel. The pair quintessentially smell of old metal, combined with the distinctively strong scent of my Nani‘s hands that spend most of their time in the kitchen.

The Partition was too much for my great-grandfather to bear who died soon after and the lock then passed down to his wife, my grandfather’s mother, Vidya Devi, whom he called Bhabhi, and finally, to my grandfather, who no longer used to secure a piece of luggage, but to lock his own front door in Delhi, where he now lives.

I’m told that the lock had originally belonged to my great-grandfather, Malik Devi Dayal ji, who used it to lock one of the doors of their haveli, which I traced to be located at Gali Taali Wali, Hanu ka Chajja. This area is now the Hussain Agahi Bazar, a wholesale market, in modern-day Multan. It is not simply the serendipitous fact that the lock has survived for nearly a 100 years, but also that its life has come full circle. From the mountainous Multan to the sultry Delhi, it has locked the residences of my grandfather and with it, it has kept safe the stories of each of his homes. Till date, my grandfather believes that if it was good enough to secure the contents of their lives as they fled from Multan to Lucknow in 1947, then it is good enough still to secure the contents of his home in Delhi.

And for me, I, who never tires of listening to these stories love how he chuckles to himself as he narrates his past. It’s always a treat to watch him steal a few moments of joy in between his dull moments of anxiety and sudden loss of memory. Sometimes, I guess I’m a little selfish to ask him to revisit memory lane time and time again, as in the case of this lock. But really, its the only way I feel closest to a history that I have inherited.