From the Memory of Partition 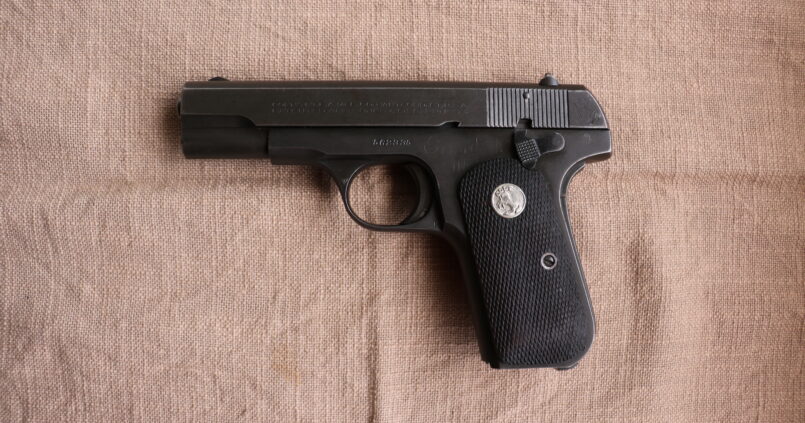 DISCLAIMER: This is a historical artefact belonging to the Suri family
TEXT AND PHOTOGRAPHS BY ANVITI SURI
Nagpur, India

My Grandfather, Inderjeet Suri, or bauji, as everyone used to call him, was on one of his work trips from Nanded to Punjab sometime in the 1960s, when he acquired a weapon from a police officer stationed in the state at the time. He bought it for self-defense, to arm himself on his travels, in case of any danger.

Inderjeet Sukhrajmal Suri was born in 1928 in Domel, in the Gilgit-Baltistan area of present-day Pakistan. Having lost his father very young, he was the youngest of seven siblings, and nineteen years old at the time of Partition, when they left with their mother for India. I never met my grandfather, he passed away a long time before I was born. So ever since I was a child, my curiosity attached a lot of significance to any objects that his life had touched. Whether it was the cutlery he’d bought or a mere bedsheet, to me, all of those things were a part of his legacy. After his death, the family moved from Nanded to Nagpur, and in the process a lot of things were either left behind, or lost and forgotten about. Today, the only items that give me a sense of the man he was are his few remaining belongings, and the most significant out of those is his Colt pistol.

This pistol was manufactured on the 22nd of December, 1903, in Hartford Connecticut. It’s seven inches long with a barrel length of four inches. It has a gray parkerized metal finish, and is engraved with the words, US PROPERTY, COLT AUTOMATIC, Calibre .32 RIMLESS SMOKELESS. Colt 1903 Pistols were a Colt Licensed Product manufactured by US Armament Corp. Despite over a century having passed since the weapon’s production and use, it remains in very good working condition. Except for an inscription made on it a few years ago on one side, it looks the same as when it was first acquired.

After the Partition, having suffered the loss of a brother in the bloodbath, my grandfather’s  family arrived in Delhi with very few possessions, like many others at the time. They lived in a house previously owned by those who had moved to Pakistan, and worked odd jobs to make a living. The siblings then moved to Nanded, a small city at the banks of the river Godavari, known for being the permanent abode of the 10th Sikh guru, Guru Gobind Singh. Nanded was what my grandmother, Shantidevi Suri, called home for forty years, after being married to my grandfather in 1952 at the age of thirteen. The family started work in Nanded by selling cloth in stalls that they would put up on the roadside. Soon after, the stall grew to a shop, which grew to two shops, putting the family in a better, more stable financial position. The years that followed, marked the establishment of the largest factory in Nanded at the time, a cement pre-cast unit, and the subsequent rise of the Suri family’s influence in the region. In the years before his demise, my grandfather and his brothers were considered men of significant wealth and influence, things that they had acquired despite arriving in a new nation with nothing.

My grandfather’s death was sudden and the pistol was bought before my father was born, so now the details are very blurry. But what we do know as fact is that it was bought from an officer of the police in Punjab in the 1960s. For my father, it is a part of his father’s legacy. Meanwhile, my earliest memory of this pistol is that of Dusshera. Every Dusshera morning my father takes out this pistol from its designated spot in his cupboard and its cleaning paraphernalia. He sits on the bed, cleans the pistol very meticulously, and gets it ready on the tenth day of Navratras for the annual Dusshera puja, where we thank our weapons and vehicles for keeping us safe.

For as long as I can remember, my brother and I have been permanent, awe-eyed spectators of this annual event. Maybe, it’s because the pistol is a thing of awe, of intrigue, of beauty. But now that I look back upon it, it isn’t the pistol that captures mine and my brother’s undivided attention, it is legacy that does. This pistol is the one thing that we can feel and touch, that connects us to a man we never knew or saw, but who is such a big part of our daily lives, a man we never go a day thinking about. Growing up, stories of the Partition, stories of his life and struggle, were our bedtime stories. It was folklore, legend, all rolled into one that painted a larger-than-life picture of him. Someone that all his ten grandchildren grew-up wanting to imbibe in themselves, someone all of us collectively look up to.

In hindsight, the main driver behind the purchase of this weapon was prevention of danger. My grandfather would tell my father that after all he’d seen during the partition, very few things remained that scared him, death being the least of them all. During the violence of 1947, his family had eaten food while sitting next to dozens of dead bodies and pools of blood, and had witnessed unthinkable difficulty in trying to survive. He would narrate stories of how death had become absurdly commonplace, and how accustomed they had become to it. Having lost a brother to the communal riots of the time as well, self-defense and protection had become second nature. Maybe these thoughts had subliminally remained in his mind while he purchased the weapon.

When I ask my grandmother about this pistol, she remembers very little of it. We do not know how it reached India from America, or even how the officer my grandfather bought it from came to have it. All we know is what our memory permits us to remember. As I grew older and started pursuing my love for poetry, I found myself circling back to my grandfather – his life, his legacy – and attempting to write about him. Maybe poetry is a figurative Colt pistol, ironically a more tangible tribute to him and his legacy, and perhaps mine too.