Life inside the Grey Briefcase 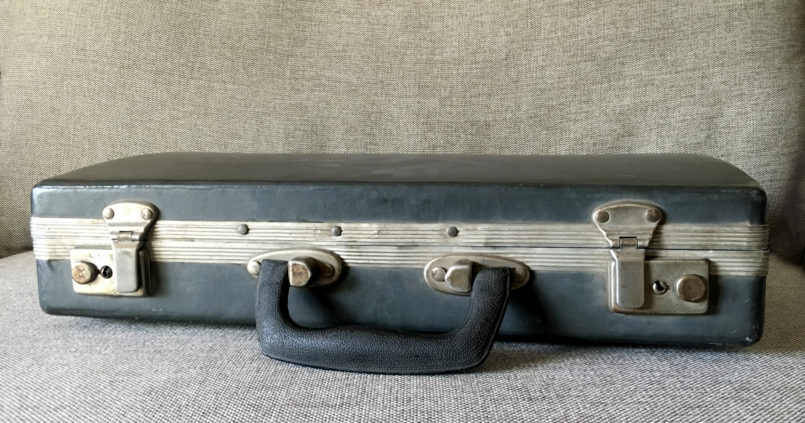 
For as long as I knew my grandfather, he had been diagnosed with Parkinson’s disease. I have no recollection of ever being able to understand what he said, because by the time I was old enough to, the disease had worsened and the would tremble all the time. The only person who could understand him- fully and completely- was my grandmother. Even as a child, I used to be baffled at the fact that we could be listening to the same thing my grandfather was saying and I could barely understand a word, but she comprehended perfectly.

A day or two after he died, my father and I were cleaning out his cupboard. The cupboard was the kind built into the wall and the shelves were a part of the wall construction, an alcove or sorts. This briefcase was in one of those shelves. I think that he must have already had some documents in it, because when we opened it, I recall seeing an old family tree written in Urdu. And this stuck with me because at the time in school, we were learning about family trees and genealogy. So the fact that I knew what it was and it was in a language I could not read made it very ‘cool’…more so than the briefcase itself, and at that time, maybe more so the man who had so dutifully penned it down.

Over the years, the briefcase and all that it contains has become a representation of him and the man he was. Through the items inside, I have come to learn about his interests and beliefs. Apart from the family tree, the briefcase has his passport, education certificates, reference letters, receipts and pension documents. Most importantly, it holds a copy of Max Ehrmann’s prose poem ‘Desiderata’ (which hangs on my study wall now) and a political sufferer certificate issued to him by the Government. Born on 15 April, 1924, my grandfather quit his education to participate in the 1942 Quit India movement. He was arrested and remained in Mirzapur District Jail from August 1942- June 1943.

I remember telling my father to keep this briefcase for me, that one day, it would be mine. Even then, there was no debate on its inheritance. I don’t think I understood its significance that day, but the older I grew and the more I learnt about my grandfather, the more his essence seemed to be embodied within this ordinary looking suitcase. It is through journal entries he wrote at midnight on each new year’s eve that I have come to know him and certain traits I share with him. The entries have given me a glimpse into his relationship with my grandmother; his thoughts on religion, politics, war and death; his pain at losing one of his son’s and his work routine.

On the outside, the briefcase is a pretty standard ancient looking one. It has a grey coloured hard case with a snap-lock and leather interior. I am not sure how and if it could be locked. It has an inscription on the bottom-right corner on its front. ‘With best compliments from New Bank of India Limited’. A quick Google search reveals that the bank was originally established in Lahore pre-partition and was eventually acquired by Punjab National Bank in 1993. Maybe someone in the family opened an account with the bank and received it, for my grandfather’s family resided in what is now Pakistan and the family moved across the border during the Partition. 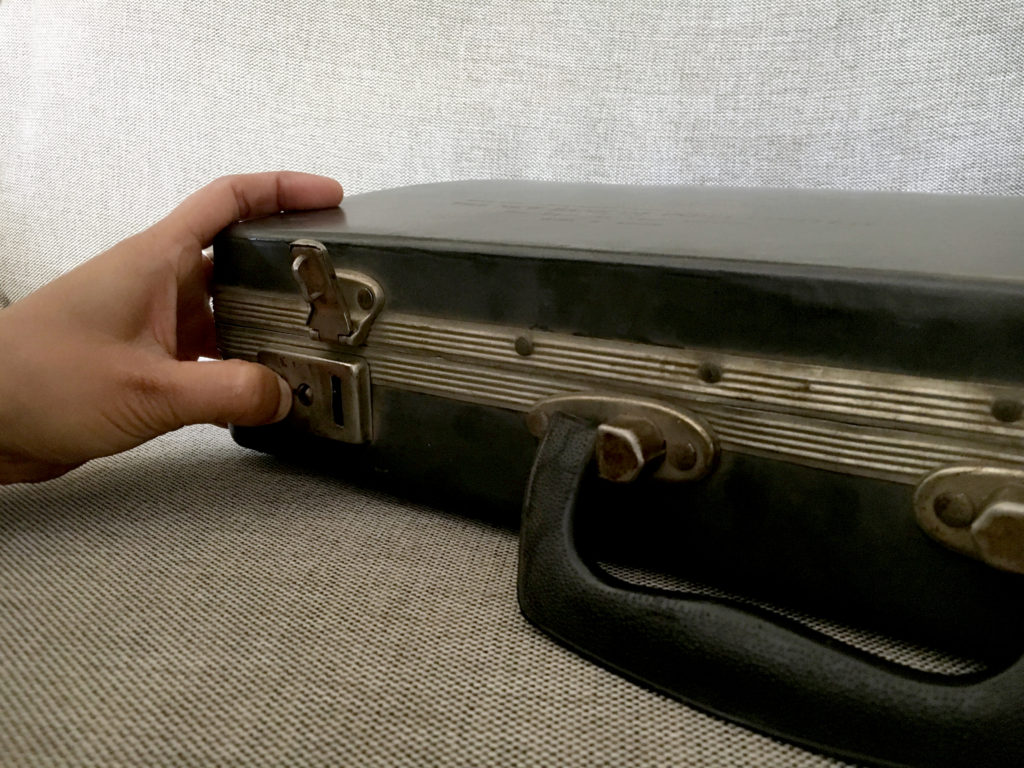 Many years passed and the briefcase was not really opened or explored again, except to add important papers to its already existing trove. In 2007 or so, my grandfather’s brother visited us and being the only member of the family who spoke Urdu, I requested him to translate the family tree. And once again, the briefcase was opened and the documents were extracted, touched and passed around, and for the first time, the gravity of what this document meant dawned on me. When I was younger I thought it was cool that it was written in Urdu. Now, it troubles me that I can’t read or speak the language that my grandfather could. I feel like there is a part of my family’s history that is getting lost in translating it. In his handwriting, the family tree ends at my father’s generation. I have now tried my best to add to it. It’s tricky because so many family members are not around anymore and so many bonds have just been lost over the years.

The briefcase continues to live in my father’s cupboard, like it once lived in my grandfather’s. People form associations with memory and for me, this suitcase holds the memory of my grandfather. It is significant because I was there when we first discovered it and because I have always regretted not being able to speak to him and have conversations. It was a very intimate moment that my father and I shared – to come across this incredibly historically rich and tangible sliver of himself that my grandfather left behind.

It has taken me decades after my grandfather died to understand the man he was – his life across the border, his relentless pursuit of education, his work as a freedom fighter during the struggle for independence, his intellect and meticulous nature. Lately, my father’s been telling me to get things laminated, promote their life and longevity- and while some have been preserved that way, I feel that the added layer of plastic is like an added wall between me and my history. Laminating these documents and this history, encasing them in a transparent layer of plastic would be like rendering his life somewhat inaccessible to me.