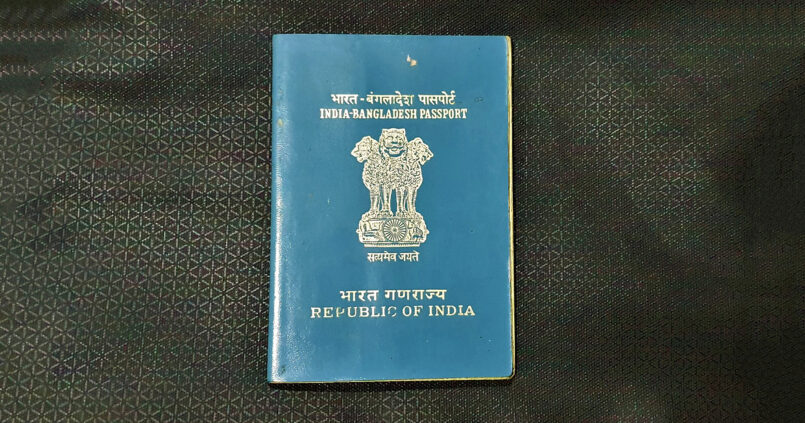 On 12th June 1932 my grandfather, the late Nityananda Saha, was born in Agla, a small village approximately 30 kms from Dhaka (present-day Bangladesh). At the time, the province of Bengal had already undergone one division in 1905, and a subsequent reunion in 1911. My grandfather spent his early years in Agla, almost oblivious to the fact that he was growing up in the richest province of erstwhile British India. Little did he also know that it was just a matter of time that Bengal would fall prey to the atrocities of divisive politics.

Merely fifteen years later, in 1947, my grandfather witnessed not just India’s independence from the British, but sadly also the division of Undivided India. Independent India was now flanked by Pakistan on either side, both West and East Pakistan carved out of Punjab and Bengal, respectively, on the basis of religion. Agla became a part of East Pakistan. While a mass exodus of people ensued, my great grandfather, the late Radha Raman Saha, decided to continue to live in East Pakistan, as he didn’t want to leave the soil where he and his children were born. This was a decision that, regardless of the majority religion of where they lived, many people chose to take. To them, land, soil and belonging were mutually exclusive.

But the years after the Partition created further political turmoil, for the people of East Pakistan wished to be freed not only from the Pakistani regime under General Ayub Khan (the then President of Pakistan), but also also communal violence between Hindus and Muslims that continually flared up. Language was perhaps the instrument that lead to the formation of Bangladesh. It all started with an innocuous movement to make Bengali, spoken widely by ethnically Bengali Hindus and Muslims, as one of the state languages of Pakistan.

The racial repression and deprivation of the Bengalis within the national framework of Pakistan and the feeling of separate identity, coupled with a struggle for autonomy, had direct influence on giving rise to a mass upsurge, perhaps the largest ever since the creation of Pakistan in 1947. Spearheaded by the general secretary of the East Pakistan Awami League, Sheik Mujibur Rahman, the Six Point Movement called for greater autonomy for East Pakistan. It put forth six key demands by a coalition of Bengali nationalist political parties in 1966, to end the perceived exploitation of East Pakistan by the West Pakistan government. The Movement is considered a milestone on the road to Bangladesh’s Independence, and one that my family witnessed first hand.

In 1971, with the help of Indian army, East Pakistan was liberated from West Pakistan, and renamed Bangladesh. Celebrations broke out across the country, but so did communal riots. And this time, my great grandfather made a crucial decision to migrate to India, concerned for his family’s safety. Several other Hindu families were also migrating to India at that time. The pain and agony of leaving behind their birth land against ones wishes is perhaps inexpressible, something that me and others of my generation may never feel or witness. Taking help of friends who had already migrated to India, the family decided to travel to Siliguri, which was, at the time, a very small town in the northern part of West Bengal. Siliguri is particularly famous for being a junction for the famous hill station Darjeeling, which housed the summer residences of British officers.

Once in Siliguri they were put up in a refugee colony, which was basically a cluster of tents, but later they were allotted plots and built homes with government aid. By this time, my grandfather was married and had children, and with that ever-present responsibility, he chose to pick up whatever work he could find, even as a hawker. Months and years passed by in distress and then eventually, luck smiled down upon my grandfather. He was working as a lottery ticket seller and managed to win a large amount himself! Ever since then there was no looking back, for the wealth of the family had serendipitously been restored. Their years of hardship and struggle may have paid off in a rather unpredictable way, fading away the difficulties of life. And yet, the desire to return to his home and motherland still loomed large.

In the initial years of migration, my grandfather never had enough resources to go back and visit his birth land, regardless of how strongly he felt. He would lovingly call it “Sonar Bangla” Golden Bengal, dreaming of the day he would once again be able to walk on his own soil. But now that his fate had serendipitously changed, he promptly applied for an India-Bangladesh Passport in 1989,the only passport he ever had. This passport was unique in that it allowed lateral movement between India and Bangladesh only. The third page is stamped with the words, “Emigration Clearance Not Required”. Perhaps this document was the most coveted one for all those who migrated to India from Bangladesh, providing once again, the dream of free movement from the land of their birth to the land of their adopted residence. It holds with it an ocean of memories, bitter and sweet, of struggle and of identity. Was this single piece of document sufficient to vouch for someone’s belonging to a certain place? I wonder this now, but also understand that my grandfather knew Bengal as one, and could not get himself to accept the division of his province; so much culture – tangible and intangible – is shared, that it pained him to remember the years of separation.

All these factors, seeped in nostalgia, made my grandfather – armed with the blue booklet – travel across the border in 1989 itself. He fondly remembered visiting his birthplace of Agla and Dhaka, the capital of Bangladesh. Sadly, that was his first and last visit to Bangladesh as a couple of years after his visit, he fell terminally ill and remained bed ridden for the rest of his life. He breathed his last in 2013 at the age of 81, leaving behind a rich heritage and legacy all imbibed from his ‘Sonar Bangla’.

Incidentally, it was in the same year of his death that the India Bangladesh passport was discontinued – forty-one years after it was initiated – once the travel arrangement between the two countries was revised. Though my grandfather dreamt of revisiting Bangladesh with his children, it remained an unfulfilled dream. The passport now lies with me, holding not only the history of my grandfather, but also hope of a visit to the land he was born on, a way to fulfill his dream.