The life and times of Malik Zaman Mehdi Khan 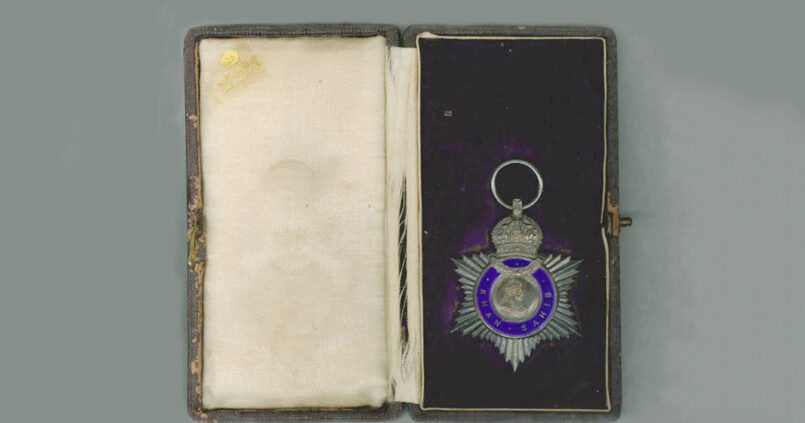 I grew up in a disciplined atmosphere, encircled by family morals and ethics, but always found peace in my great-grandfather’s library. The vast book-lined room with antique furniture and peeling walls drew me to it, as if I was always meant to be in that place. It was a few years ago then, in this very room, that I got my hands on a long-forgotten treasure- an antiquated wooden box that taught me the importance of my existence.

While I went through an existential crisis in my early 20s, this wooden box was what kept me rooted, strengthening my connection to family and land. It helped me to trace my relationship with my great-grandfather, a man who I’d never met, but was bound to by a strange coincidence. I was born on the exact date that he died, 52 years later. Sharing this date then, the 15th of March, it was always expected by my ancestors that I would follow in his footsteps, inheriting traits of leadership and success. It was this box that made our relationship tangible, for within it, were stored all of my great grandfather’s possessions; medals, sanads, letters and diaries – personal and official – all of which were either handwritten or typed.

Born in 1879 to an influential Jagirdar family of Bhalwal District in Punjab, Malik Zaman Mehdi Khan was an epitome of grace and dignity. Through the memories of others, I have also realized him to be a man of honor and humility. He was an intellectual, and his scholarly persona shone throughout in his academic career. He was a senior scholar at M.A.O (Mohammedan Anglo Oriental) College, Aligarh and with sheer determination and hard work, won the post of an Extra Assistant Commissioner by competition and joined the government services on 8th February 1901.

Zaman Mehdi’s educational certificate by the principal of M.A.O College

By April 1902, he was appointed as Executive Plague Officer in the Sialkot District, immediately after plague riots began in the concerned district. Thousands of people were inoculated and he successfully completed his duty over the course of the year. After the Kangra Valley earthquake of 1905, he was placed on special duty and was sent to the district as Assistant Relief Officer. Further, he proved his best by being on the post of Revenue Assistant for more than two years in the Montgomery and Ambala Districts.

Zaman Mehdi’s personal life turned out also to be just as exemplary. In 1912, he married Mehboob Sultana, the daughter of one of the Nawabs of Bhopal. In 1915, he built a huge mansion for her in Sargodha, Punjab, where the couple eventually settled with their four sons. Even a century later, haveli still stands tall with grace and is taken care of by my father, Malik Nasir Zaman.

In fact, it has always been our weekend escape from the busy city life since it’s only a two-hour drive from Lahore, Pakistan. Spending every Eid with my paternal family in this haveli and listening to my father narrate stories of my great-grandfather was the greatest pleasure. Even as a child, I’d dig deep in my imagination, tracing the known and unknown people who once lived there with my great grandfather; whose actions have shaped our present lives.

The family archive and narrative has now been passed by my father down to me; I have become the collector of the events – celebrations or tragedies – that took place in our ancestral house. These moments of family history are my identification. My father, by bequeathing me this archive, has taught me the meaning of Zaman Mehdi’s legacy, and an awareness of what it means to carry his traits in our blood even a hundred years later.

Returning to Malik Zaman Mehdi Khan then, the most important years of his life were the 1920s, which not only credited him for his all-round good work, but it was during this time – on 1st January 1920 – that the title of “Khan Sahib” was conferred upon him by the British-Indian Government. The title was presented with a medal and a sanad, a citation, both of which have been preserved safely within the wooden box. Till this day, the silver and blue medal still shines as bright as when he received it. The title of “Khan Sahib” was originally conferred by the Mughal Empire upon Muslim subjects in recognition of outstanding public service. This practice was further adopted by the British Indian Empire as well.

Engraved on the back of the medal, in cursive are the words: “Malik Zaman Mehdi Khan, B.A, 1st January, 1920” continually reminding me of what a leader he was to his people and what a hero he has been to me all my life.

His efforts to serve his people didn’t end with the bestowal of a title, for in 1936, after his retirement from the post of Deputy Commissioner, he was appointed as a member of Punjab Legislative Council. From thereon, he devoted his loyalties to the All India Muslim League and was appointed the President of Parliamentary Board by Sir Allama Iqbal. An account of Malik Zaman Mehdi Khan’s services is immortalized in the book ‘Iqbalkeakhri do saal’ by Dr. Aashiq Hussain Batalwi.

The fact that the traditions and customs that Zaman Mehdi practice had been passed down the bloodline to us, despite being separated by centuries, is evidence of the strength of these ties. Traits as essential as morality and humility, and those as mundane as formality and punctuality, are practiced still by every member of my family. Even small things like each time we go to our haveli, everyone is expected to be at the dinner table, dressed formally, at exactly at 8 p.m. To my knowledge, no one has ever dared to come to the dining room in their pajamas and slippers!

Every time I opened his handwritten diaries, I feel a connection to him. A part of me knows that I have to uphold his name no matter what; retain the stature that he brought to our family. I see a lot of him reflected in me, and think to myself that perhaps our shared date of his death and my birth did in fact, bind us together. Even my handwriting resembles his.

Zaman Mehdi might have been a dominant leader to his people but at home he was a loving husband and a kind father. He was usually posted in different districts, far away from home in order to serve his government. But every time he returned home, Mehboob Sultana dressed up in new kamkhawab ghararas to welcome her husband. However, after his death in 1941, she wore only a white shalwar kameez with a chiffon dupatta to cover her head. His death may have been the physical end of his leadership and persona, but through these objects and the memories that we carry he feel omnipresent even today.