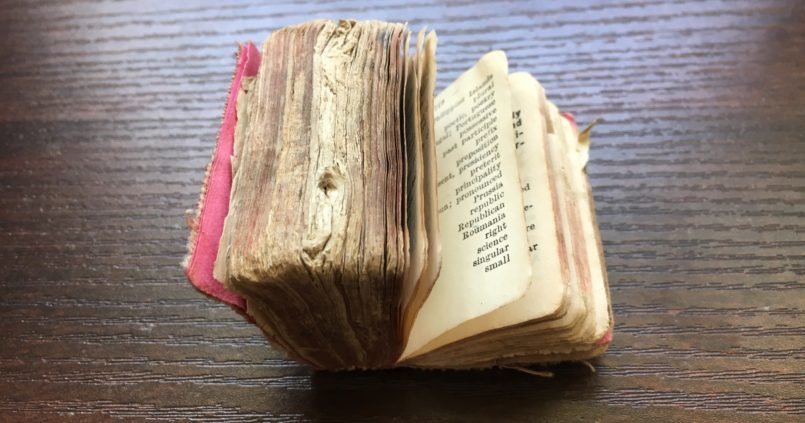 I was quite small, the first time I set my eyes upon this tiny dictionary. It was during our annual summer holidays, spent happily at my grandparents house in Jabalpur. My grandfather was very proper, especially when it came to his things. No one was allowed to touch his Godrej cupboard except my grandmother, who would let us peek inside once in a while. It was there, that I saw this small wooden case, resting between his handkerchiefs.

The dictionary belonged to my maternal grandfather who purchased it from a bookshop in Kashmir on his honeymoon in October, 1957. After much begging and coaxing, he finally showed me the dictionary one day. Its size is what made it so endearing to me. It smelled of incense and sandalwood. The pages were intact but the edges had given way. Although he had stopped using this one for sometime now, he still liked to keep it he said. He told me that he loved reading the dictionary and I later found out that he owned three others besides this one. These were proper sized ones.

This little Webster is a classic 18000 words Liliput pocket dictionary with 799 pages. It measures 4.5 centimetres in height and 3.25 centimetres in width. The dictionary is encased in a carved walnut wood case and has a red cover. It has a coarse cloth cover, whereas the case is quite smooth and intact.  The dictionary is quite delicate, its edges badly frayed. The first seven pages, seem to have got lost or gone missing in the rebinding. Its also a little difficult to open fully.

My grandfather had the dictionary rebound sometime in the late 1970s. The only proof of this is the ‘Prem Bandhan‘ movie advertisement, on the back endpapers, courtesy the binder. The walnut wood case was added to the dictionary, to increase its life.  The original cover has been cut and glued again on to the new cloth case, after it was rebound.

The Little Webster sat in my grandfathers cupboard for years together, after he stopped using it. It now sits on my study table in my house in Pune. I still use it sometimes. 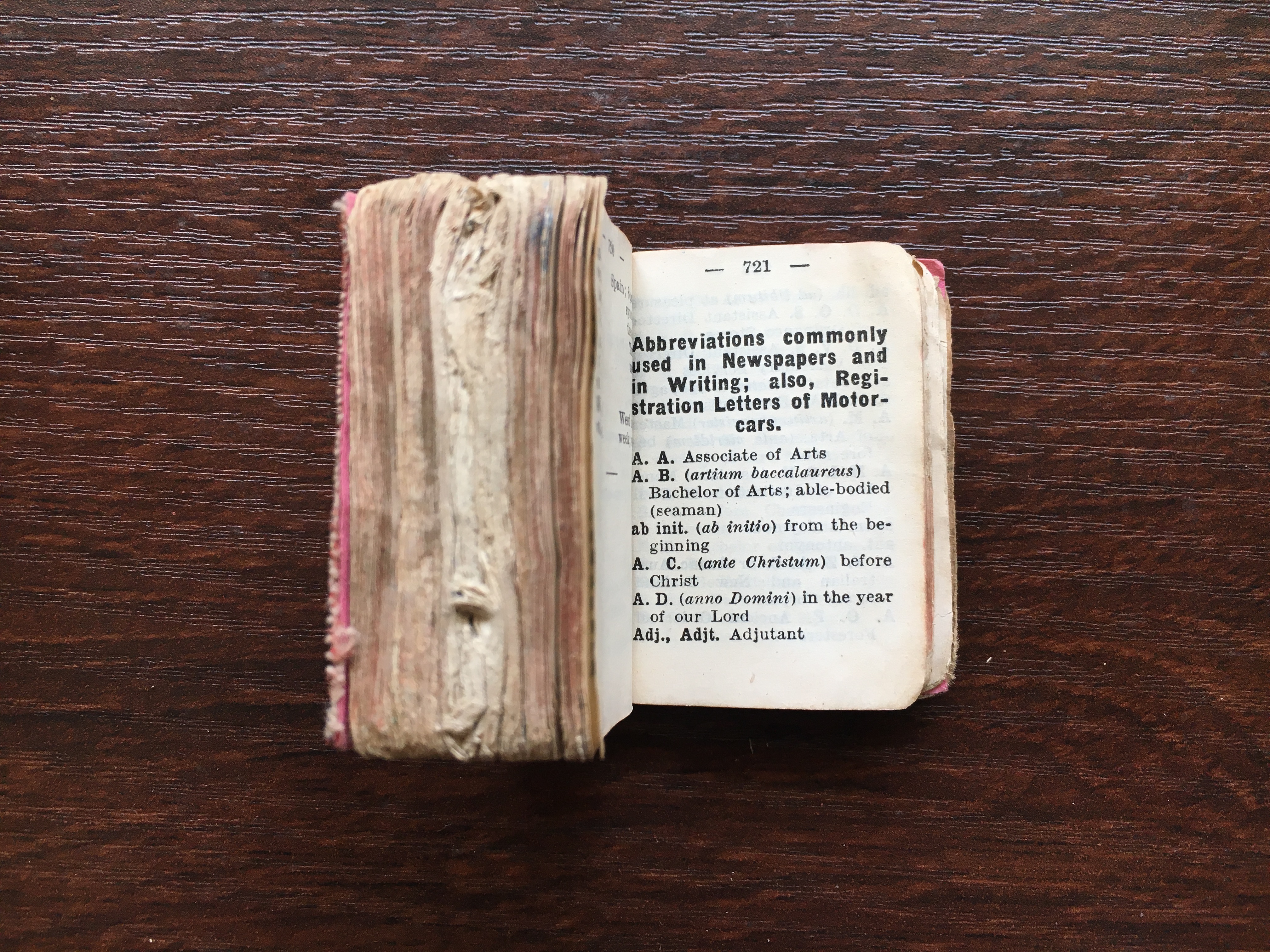